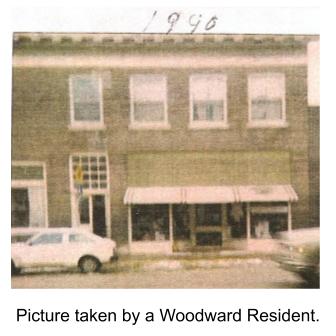 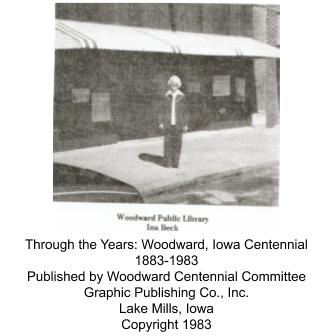 April 30th, 1968 the town and the library celebrated Martha Ramsey Day to honor Martha’s retirement as Director of the Library after 23 years of service.  New Library Director, Ina Beck, and the Library Board began visiting community groups and organizations to solicit support for the Library.  The Board also began reaching out to other libraries in the area to gain ideas about their best practices and progressive innovations in operating a community library.

Many of the new books purchased by the Library continued to come from memorial monies.  To properly keep track of the many memorials and honor the gifts were named for, the Library purchased a Memorial Record Book.  A list of the new books and magazines purchased each month were listed in the local paper to help make patrons aware of new titles.  Peak monthly circulation for 1968 was reached in July when 509 items were checked out.  During the fall Mrs. Zastrow, who had served as the Library’s custodian for some time, resigned and was replaced by Mrs. Worthy.  The Librarian’s pay was raised to $2 an hour and surrounding townships were approached for tax money to help fund the Library with the hope of expanding the hours the library could afford to be open.

With the move to the new location in 1969, the Library collection grew to 4,791 books.  A children’s summer reading hour for the younger children began in June, 1969 and the Bookworm Club for older students in July.  A set of World Book encyclopedias were purchased with a memorial honoring Sam Bristle and Minnie Porter.  Improvements to the new rented location continued with the installation of a book depository in the front door.  New shelves donated by Zora Hurlock were built and installed by R. Rhoads for $45.  During the summer of 1969 Wanda Bain and Mrs. Mostrum resigned from the Library Board.  Theda Bilney and Vida Rickey accepted positions on the Board in August, 1969.

A budget was established for the Library for the first time in its history in 1970.  The budget was fairly simple and included these 5 items:

The Library Board began doing benefit bake sales to raise money to enhance the children’s book collection.  Each April the Library enjoined the community in celebrating National Library Week.

In 1971 the Library initiated cataloging books in the Library, a very large and time intense job, with help from women in the community.  Mabel Sturgeon and two high school students, Nancy Struve and Janice Doty, were especially helpful in completing the cataloging process.  Book fines were raised to 15 cents a week.  Memorials and donations continued to flow in during the 1970’s.  Brenton Bank was especially generous about donating memorials in honor of community members that died.  The Lions Club donated a cassette player, the American Legion donated a tape recorder/player and cash, and a record player was gifted to the Library as a memorial during this time.  A preschool story hour was added to Library programming in 1971 and met for 1 hour on the 2nd and 4th Wednesday during the school year.

State law adopted in 1972 limited Library Board members to 7 years.  In order to comply with the newly passed law, Irene Hartman (10 yrs.), Margaret Bilney, and Edith Bliss all retired from the Library Board and were replaced by Beverly Wall and Janice Nelson.  By 1973 the Library book collection had grown by 2,272 volumes (4063 adult books and 3000 children’s books) and two extra hours were added to the Library schedule as the budget allowed.  The AB club donated an electric range for the Library meeting room and it was decided at the same time that a fire extinguisher would be a wise purchase.

During the early 1970’s as volumes began to age, 200 books are culled out and donated to the Polk City and Slater libraries.  In 1973 the City Council began taking a more active role in the Library and began budgeting money to help the struggling library.  The first city allotment to the Library of record was $1,500.  The Library began using the Central Iowa Regional Library Exchange in 1974.  It allowed patrons to access a vastly larger selection of books “on loan” from participating Central Regional Library members.  Through efforts of the library boards in Dallas County, the County was asked to add .3 mill levy to property taxes to support local libraries.

Library Board members’ terms were set for 6 year staggered terms by Board policy in 1974.  Board members were set at seven and included Janice Nelson, Mabel Sturgeon, Vida Rickey, Bev Wall, and Fay Doty.  They were joined by new board members Dorothy Zeltz, Roberta Zwicky, and Josephine Crum as members resigned or moved.  An assistant sub librarian, Helen Inman, was hired at $1.90 an hour.

The Library continued to upgrade furnishings during the mid-1970s.  A magazine rack and spinner rack for paperbacks were added.  A phone was installed for the first time in 1974.  As cataloging progressed a new card catalog was ordered and a typewriter was added for Librarian use.

Beginning in May, 1975 the Library received $416 through the State Library Commission as part of a contract with the Dallas County and the Central Regional Library System.  The Library also began a cooperative venture with the State Hospital School Library just north of the town to share resources. A formal policy book was adopted by the Library Board with one of the provisions being that all users must hold a library card from the Woodward Library.  By 1976 the Library’s budget had grown to $5892 due to additional revenue from the State, townships, and city.

As the Bicentennial year, 1976, rolled around the Library placed all previous copies of the Woodward Enterprise Newspaper on microfilm as the Library’s Bicentennial Gift to the residents of Woodward and the surrounding area.  Add to this microfilm collection by the Bouton City Council was the Bouton Press newspaper from January 6, 1916--December 22, 1921.  The Bouton paper was printed in both German and English.  The necessary microfilm reader and film storage were purchased along with a Bell and Howell Projector through the Central Iowa Regional Library.

Programming expanded immensely in the 1970’s.  The Library started borrowing large numbers of children’s books for the summer library program from Marshalltown AEA.  The summer reading program hosting 40-50 children in the summer reading program.  With the addition of the Woodward newspaper on microfilm the Library joined the State Historical Society and became a repository of historical documents for the city of Woodward and surrounding townships.

The Library showed movies on special holidays like Christmas and expanded movie times to monthly showings.  Annual Christmas parties were coordinated with other organizations and businesses in Woodward.  In 1978 the Library hosted an artist’s display on the Library’s west wall.  Crocheting classes were held in the Library meeting room and the Library organized a quilt and fancy work show.

As the Library’s services grew so did the need to upgrade capital expenditures.  The Library was carpeted, new shelves were added to the children’s book section and five more adult book stacks were purchased for $2274.  A new children’s table and chairs were bought along with a record rack, an overhead projector, and paperback book rack.

Janice Nelson replaced Helen Inman as the Assistant librarian in 1978.  Roberta Zwicky, Mabel Sturgeon, Janice Nelson, and Faye Doty all left the Board as their terms ended and were replaced by Ruth Ramsey, Evelyn Nation, Beth Goodrich, and Mildred Greeson.  Beth Goodrich served as chair and Ruth Ramsey as secretary.  As the decade of change ended, 27 excess books culled from the Smithsonian Library arrived from Washington, DC, the Board purchased a large library table and increased its large print book collection using memorial dollars.