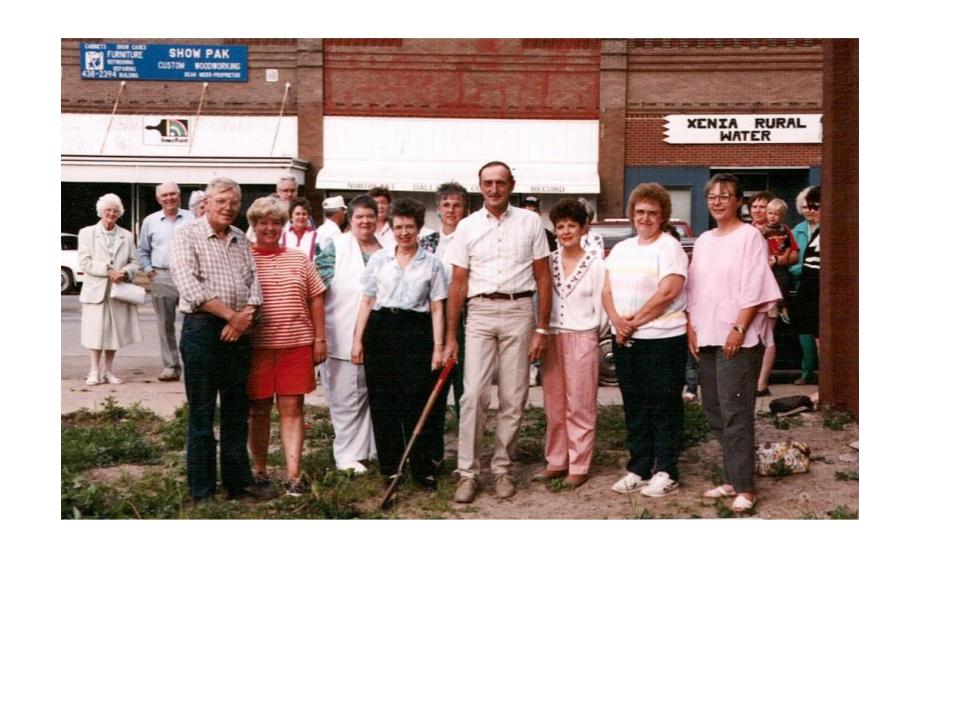 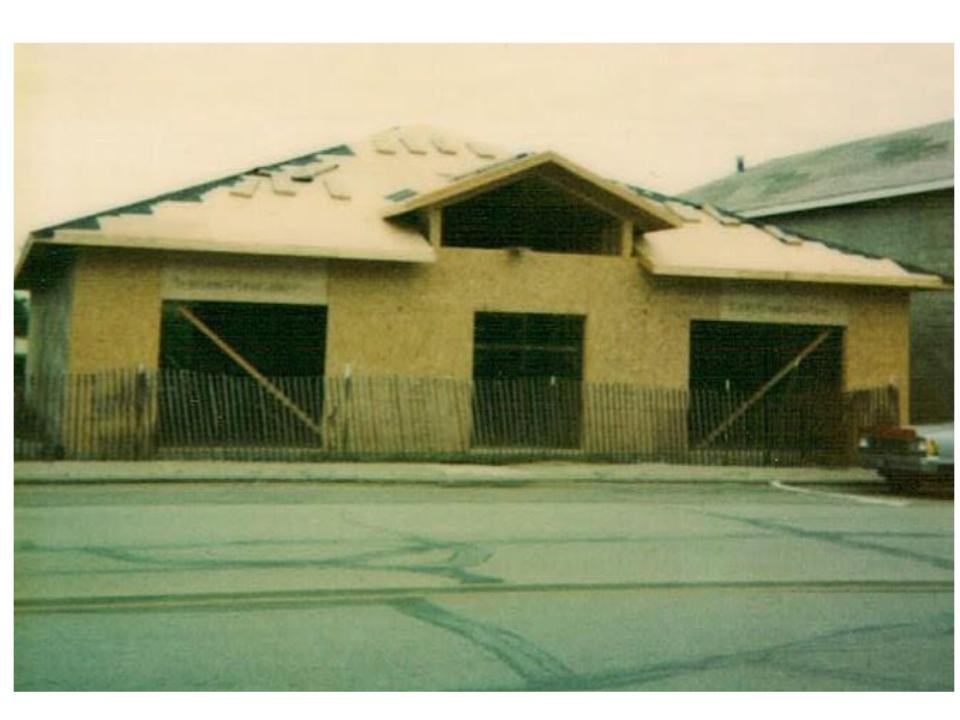 The Open Access Coop program began in 1989 with shared books and resources from 72 libraries around Iowa participating in the program.  Additions to the Library included a bike rack, a new cabinet for the copier which was made and donated by Howard Schutt, additional cake pans contributed by Jody Smith, cake and decorating books, and additional shelving which was added to increase available display space.

Programming during this time included a continuation of the preschool story time on the 2nd and 4th Thursdays at 10 AM, a dinosaur display created by Nathan Daniel for National Library Week, a hair braiding demonstration, a baseball card clinic, cholesterol testing clinic, and window displays of old Woodward business calendars and Vi Clymer’s Noah’s Ark complete with animals.  The Wall Street Journal was added to the newspaper subscriptions through a generous donation from the Brenton Bank.

During 1989, the Library Board began a discussion on whether to build or remodel a vacant building.  The Library Board wanted to begin a pledge drive for the project but were fearful of jeopardizing the school bond issue up for a vote in May of that year, by asking for money for a library.  A newspaper article was published divulging the need to relocate the current Library or to build a new structure in the near future.

In June Dennis Adams, local resident, approached the Library Board with an idea of relocating the railroad depot and remodeling the building into a Library for the town.  December 1989 a water leak in one of the apartments above the Library caused extensive damage which increased the concerns about relocating the Library.

Four section of new wooden shelving were added to the Library in 1989.  Four fans were installed to assist with air circulation and the Board began looking to purchase videos for checkout.  During 1989, a $2303 memorial for Janice Horton was set aside in a fund for the new library and the Board voted to approach the City of Woodward regarding a site for a new library which would allow the Board to begin long range planning for a new structure.

January 1990, the City Council voted four for and one against to allow the Library to begin fund raising for a new building to be placed on a fenced lot owned by the City on Main Street.

The April Library Board meeting centered around a long range plan and discussion of the desired building features included:

Board member Dave Luke and Council member Larry Spenla offered to meet with the City Council to seek further input on the proposed building project to the Library Board.

Beginning in July 1990, fund-raising efforts began for the new building.  $500 was raised by raffling a VCR at $1 per ticket.  Mike Flynn began collecting old batteries and donated the $2 return from Exxon to the building fund.

Other Library activities during the ‘90’s included:

Fundraising and donations picked up in the second half of 1990 with the announcement of building plans.  An anonymous donation of $10,000 did much to jump start fund-raising efforts.  A fund-raising Homecoming stand sold hot dogs and root beer floats.  Twenty-three items were donated to the fall Silent Auction and $100 donation was received from a Madrid Funeral Home.  In November 1990 a decision was made to compose a letter of request for donations to be sent to all Woodward school alumni.

Board members during the decade of the ‘90’s included:

A “blizzard” of donations and fund-raising highlighted 1991-1992.  Fund raisers included:

On March 18, 1992 the first meeting with Larry Spenla was held on the proposed library building.  By April 27, the Library Board was ready to approve Larry’s bid for construction of the new building and voted to hire Larry as the general contractor.  Ground breaking for the new library was held June 8, 1992 on the vacant lot on Main Street that the City dedicated for a new library building and on October 31, 1992 the local Masonic Lodge held a cornerstone laying ceremony.

Brick for the street facing on the Library was made by United Brick Supply and was called “Gunsmoke”.  Non-skid unglazed gray tile was used to cover the entry floor.  A dropped light was hung in the atrium entrance and a durable nylon carpet was selected for the remainder of the floor space.  The old Library was closed and volunteers began moving the library collections and furnishings on Saturday, December 26, 1992, so the new building could open January 3, 1993.

In the meantime, Library Board member Bill Stroup built a video display rack with lumber donated by Ray Stroup.  Genealogy Helper magazine was donated to the Library by Wendell and Donna Stream.  Audrey Richards donated a modern push button phone with memory and redial and faithful patron Mary Danilson donated an electric typewriter.  The books Lines Between Two Rivers about the birth of telephone services in Iowa was added to the collection by Schuyler Telephone Company and A Sesquicentennial History of Iowa was purchased from the Melva Danilson Trust Fund.  In January 1992, the City of Bouton invested in two rolls of microfilm of the German/English Bouton Press newspaper, published from January 6, 1916—December 22, 1921 and donated it to the Woodward Library for safe keeping.  Joan and Josh Carlson donated a three video tape set on bereaved parents and families in memory of their son John Carlson.

Early in 1993 the Library Board approved construction of 5 additional shelving units for the new completed building and held a potluck appreciation dinner for Larry Spenla and his wife as a way to thank them for all the work on completing the new building.

Circulation increased 22% with the move into the new building and fund raising continued unabated in an attempt to pay off the remaining balance on the construction.  A public survey was done to get feedback for the public about hours of operation.  The Teen Board volunteered to open and operate the Library on Sunday afternoons for limited hours on a trial basis.  February 7, 1993 the Library hosted a Grand Opening Open House to invite the public to tour the new facility.

By June 1993, just $8,000 remained outstanding on payment of the new building.  The City Council extended a 6th month interest free loan for $8000 to the Library Board so the contractor could be paid in full.  After 6 months the City would charge 2.5% interest on any balance of the loan that had not been repaid by the Library.  Merle Shawd offered to pay any interest that might accrue on the loan if not paid up.  The City also gave the Library $1000 of recreational funds to be used for the summer reading program.

During the remainder of 1993, the Library Board laid sod and landscaped the adjacent pocket park including a flag pole.  Through the additional fund raising Library Board was able to pay off $3,039 of the $8,000 to the City.  [By the end of the year, the City decide to pay the final $4,961 to contractor, to complete the final payment for the new building.]

1994-95 brought more automation to the Library.  A new fax machine was purchased, and through a $10,000 Carver Foundation grant and a $7,500 L.A. Good Foundation grant, the Library’s books and card catalog were automated onto the computer over the course of many months with volunteer help.  Item check out was now done by scanning the bar code of the book and patrons’ library card.

In the fall of 1994 the Board began the process of forming the Friends of the Woodward Library Foundation.  Members were solicited and all state and federal paperwork begun.  Early in 1995, a book discussion group formed led by Nylene Hansen.  Their first discussion book was The Bridges of Madison County.  Another book group formed a year later led by a Drake professor.

Memorials and donations during the late “90’s included:

Board member Judy Grimes leaves the Board to join the Library staff part time.  Judy later accepts a librarian position in Granger.  Amy Clark was hired as a substitute librarian and stays on until 2000.

As of June 1996 the Library had 12,000 books in its collection in addition to videos, cake pans, audio tapes, etc. and the budget was just over $30,000.  As of May 1998, the Library joined the internet age and computers became available for the public to surf the web.  Efforts began in the 1990’s to get the Legislature to fund an Enrich Iowa fund for libraries from a mill levy on real estate property.  The Enrich Iowa levy and Fund became a reality in late 1999 and greatly relieved the financial stress on library boards and city council.